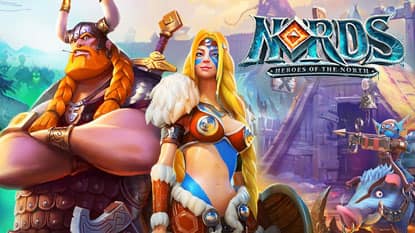 This game is not yet available on your device.

Nords is a hilarious battle strategy game in which you must defend your Viking kingdom, Shingård, against the evil Ice Queen. King Björn the awesome has appointed you the village hero who must set out to defeat the Ice Queen's might legion of the undead. Uh oh. Pick your Viking heroes and fight to survive!